Harlur is a sub-locality in the HSR Layout of the Bangalore city in Karnataka. Harlur is a well-developed locality in the south of Bangalore and has been attracting numerous major builders and investors. Some important areas such as Kasavanahalli, HSR Layout, Singasandra, Kasavanahalli, Bellandur, Kaikondrahalli and KPC Layout are also located close to Harlur. A lot of prominent IT companies have their offices around Harlur like Intel, Wipro, Ecospace, Tech Park, Oracle, Symphony, Honeywell, Infosys and Satyam.

Harlur is developing rapidly with many projects currently under construction. Distinguished developers like Sobha, Shriram Properties, Puravankara, Developers and Prestige have launched their projects here. 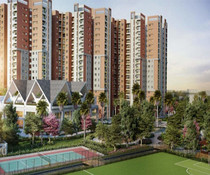