Medahalli Main Road is located in a proximity to K.R.Puram in north-east Bangalore. KR Puram is a suburb of Bangalore located in the north - eastern part of the city about 15 km from the Bangalore city railway station. KR Puram is also the centre of operations of the Bangalore-East taluk and houses a large number of government offices. The 50-year old Indian Telephone Industries (ITI) is a major landmark in the area. KR Puram is also located close to the IT hubs of Whitefield and Marathahalli. Medahalli Main Road is located in the vicinity National Highway 75, at the junction of the Outer Ring Road and Old Madras Road. It is about 3 km from the Byappanahalli metro station.

To offer commuters a smooth drive from International Airport to CBD, government has planned to improve and widen the Hebbal flyover and five important roads of the city - Ramana Maharshi Road from Mekhri Circle to Manor Junction, KR Puram The National Highway Authority of India (NHAI) has proposed to build two, 6-lane elevated expressways that will help in easing traffic jams at the intersections of the highways. One expressway will connect Hosur Road flyover at the Central Silk Board Junction to Hebbal flyover on NH 7 and the other will connect KR Puram flyover to the Nelamangala flyover on NH 4. The expressway from Nelamangala and K.R.Purm will be 23 km long. The K.R.Puram railway station is a junction on the Bangalore-Chennai main line, with one line from Guntakal joining the track into the station. A number of buses ply in KR Puram connecting the area to other parts of the city including Shivaji Nagar, Majestic, Ulsoor, ITPL, Kengeri, Silk Board, Marathahalli and Banashankari. Due to proximity with major IT hubs and good connectivity to other parts of Bangalore city, the real estate market in KR Puram has been booming from the past few years. Its proximity to Whitefield, ITPL and the newly announced SEZ has contributed to the increasing prices of property in KR Puram. Property rates in KR Puram have risen by up to 35.4% in last 6 months. 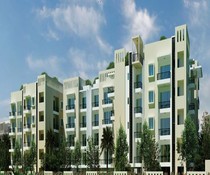