The Outer Ring Road (ORR) is a ring road that runs around most of the perimeter in Bangalore city in Karnataka. This 60-kilometre-long road was developed by the Bangalore Development Authority and different sections were opened progressively between the years 1996 to 2002. 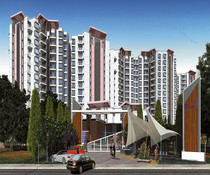